Dogwoods are first-rate plants. Is it too much to say that every garden should have one?

This of course begs the question: Which one? By far the most popular Cornus is the Flowering Dogwood; however, I have mixed feelings about this one. At it's best, Flowering Dogwood is a stellar performer in every season, but Dogwoods struggle with insect and disease afflictions that often keep them from performing at their best. Dogwood Anthracnose, Powdery Mildew, and several leaf spot fungal diseases plague the foliage, and Dogwood Borers often add their negative influence to the bark and stems. While all these pests can be managed, Flowering Dogwood is clearly a high-maintenance plant, militating against Woodlawn's goal of sustainability. (But then spring brings the Dogwood blooms and I'm tempted to make this plant an exception).

The Kousa Dogwood is an excellent substitute. Although it doesn't offer an early spring show, it more than makes up for it with the cream-colored flowers in May, accented by the rich green foliage as a backdrop to the blooms. The bark is exquisite and the fall color is almost a match for the Flowering Dogwood's.

The Japanese Cornel is another exciting plant, largely due to its flowering pattern. While the individual flowers are not spectacular, the fact that they grow in such profusion and arrive in late winter/early spring gives them a distinct advantage as the herald of the spring season. I'm especially enthused about the 'Lemon Zest' cultivar which has larger, showier flowers and, as the name suggests, a soft lemon fragrance.

And then there are the shrub Dogwoods, most of them cultivars of Cornus serica. The one-year-old stems are very ornamental and common practice is to cut these plants back to the ground every spring resulting in a mass of red or yellow stems that flaunt their beauty the following winter. 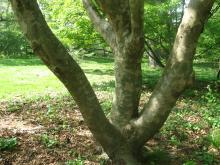 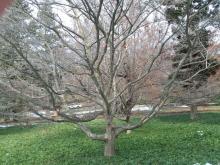 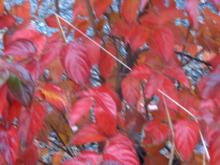 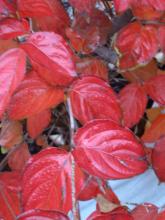 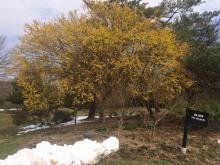 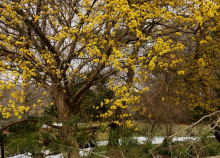 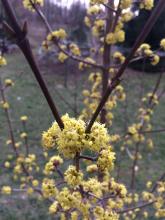 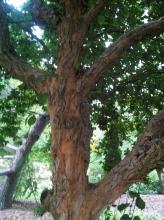 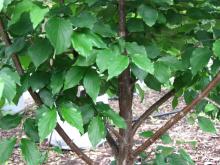 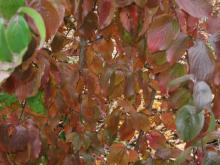 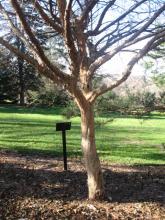